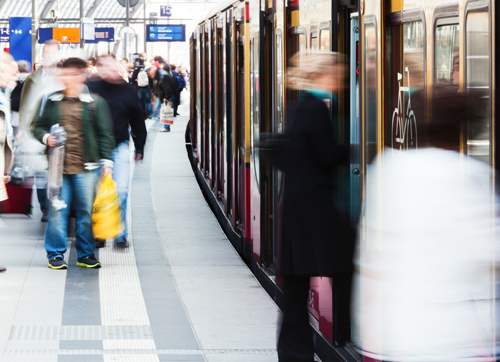 A nationwide rail company wanted reassurance that a recently installed footbridge at a major station had not introduced any unforeseen risks to both their employees driving trains through the station or passengers using the footbridge.

User Perspective conducted an extensive project, using a variety of methods to explore and understand the potential issues involved. This included in-cab contextual research with drivers as well as off-track focus groups, particularly looking at problems stemming from workload and glare.

We also observed passengers on-site to develop insight into the potential risks associated with their use of the footbridge. All directions of travel, as well as peak and off-peak times were considered during both streams of the project to give a developed and firm understanding of the issues.

Ultimately, we were able to reassure the rail company that their concerns would not prove to be a potential safety issue, and also suggested a number of minor improvements that would help to create an optimal environment for both staff and passengers.